The first Orpingtons were black and originated in the town of Orpington in County Kent from Black Langshans, Black Minorcas and Black Plymouth Rocks with Cochin blood being introduced later. Today, Buff Orpingtons are the most popular variety of Orpingtons, used primarily for production of brown eggs. Buff Orpington chicks are light buff or straw colored throughout. They have single combs and clean, white legs and feet. Adults have golden buff plumage and pinkish white beaks, shanks and toes. They are a heavy, but loosely feathered, appearing to be much heavier than their true weight. 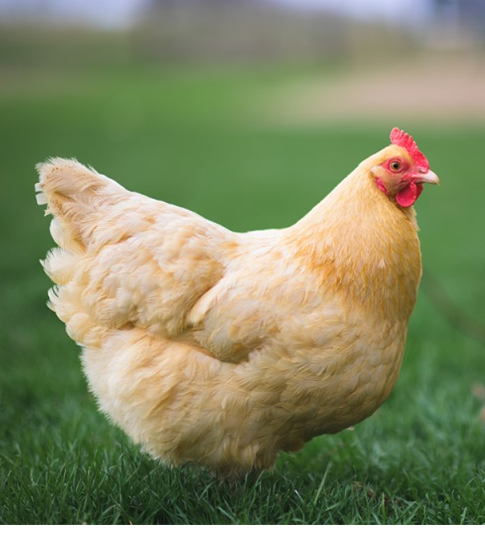