Cuckoo Marans were developed in France as a dual-purpose breed in the early 1900?s from de Malines, French Cuckoo or Rennes, Langshans, Faverolles and Barred Plymouth Rocks. Cuckoo Maran chicks are primarily black with a white spot on the top of the head. The front of the neck, wing tips and abdomen are white. They have single combs and clean, black and white feet and legs. All the plumage of adult Cuckoo Marans is cuckoo with each feather marked across with black and white bands. Because of the action of the barred gene, the male plumage is slightly lighter than the female. Female Marans lay extremely dark brown or rich chocolate colored eggs. 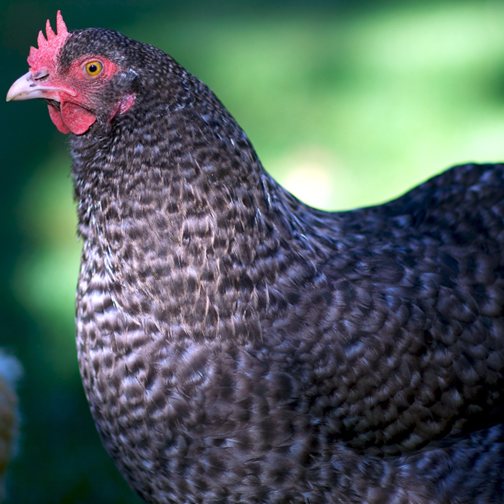