First known as Chinese Shanghai Fowl, Cochins first came to America in 1845. They were originally known for their prolific production of brown eggs, but selection was later directed towards the production of fowl and roaster meat. Today, since other breeds are more efficient meat producers, they are primarily kept for their unique appearance. Cochins have a notably large body, with soft and loose feathers that accentuate their size. Assorted Cochins are the hatchery's choice of Standard Black, Blue, Buff, Golden Laced, Partridge, Silver Laced, White, and other Cochin varieties which have not been sold. A good assortment of the above varieties will normally be included, but the hatchery does not make this guarantee.

Date(s) Available:
Not available at this time. 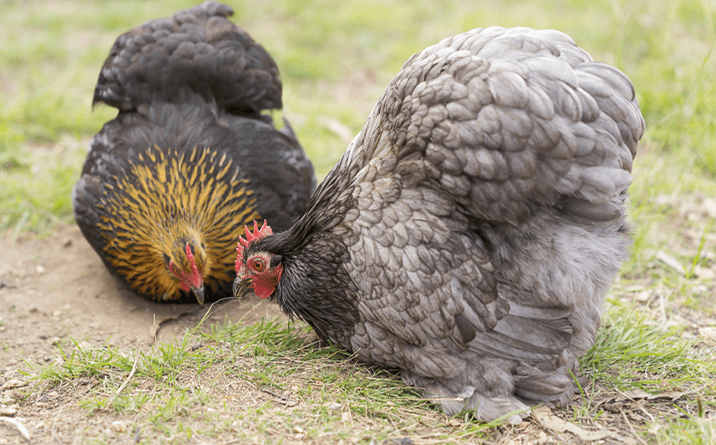