Plymouth Rocks were developed from a cross of Dominique males and either Black Java or Black Cochin females. The original Plymouth Rock had a barred plumage pattern and was considered the most popular breed in the United States in the early 20th Century, used for both meat and brown egg production. Barred Plymouth Rock chicks are black with a white spot on top of the head. The wing tips and abdomen are white. They have single combs and clean, yellow and black legs and feet. All the adult plumage is barred, black and white. Because of the nature of the sex-linked barred gene, the adult females are darker than the males. 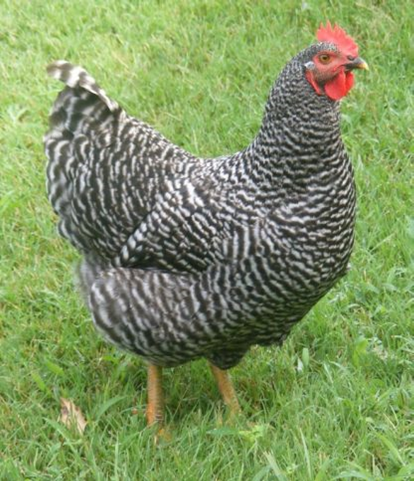